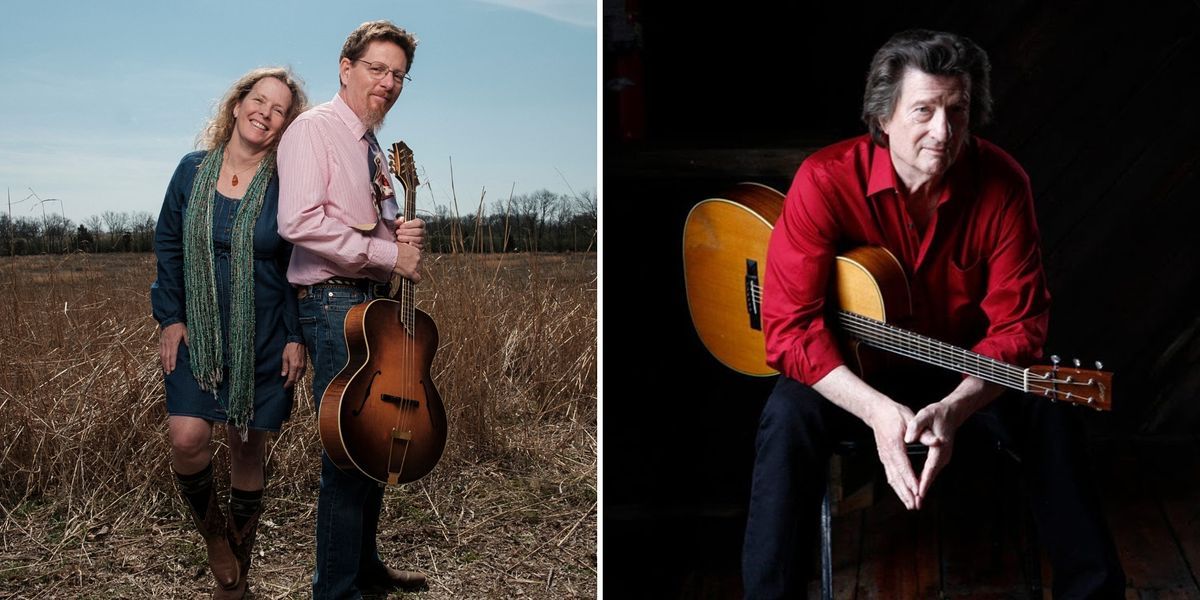 Born in Wheeling, West Virginia on March 16, 1954, Grammy winning singer songwriter and multi instrumentalist Tim O’Brien grew up singing in church and in school. Gaining attention in the 1980’s with Colorado’s Hot Rize, O’Brien scored a country hit with Kathy Mattea’s cover of his song Walk The Way The Wind Blows in 1986. Soon artists like Nickel Creek and Garth Brooks also covered his songs. Collaborators include his sister Mollie O’Brien, old time musician Dirk Powell and songwriter Darrell Scott, as well as Steve Earle, Bill Frisell, Mark Knopfler and Sturgill Simpson. O’Brien formed his own record label, Howdy Skies Records, in 1999, and launched the digital download label Short Order Sessions (SOS) with his partner Jan Fabricius in 2015. O’Brien says his most recent recording “He Walked On” is about “what you need to do to survive in America”. Covering work, racial issues, and modern technology, its eight originals and five covers offer an expansive portrayal of the nation from its beginnings to the present day, Personnel includes long time band mates Mike Bub (bass), Shad Cobb (fiddle) and Jan Fabricius (mandolin and vocal), along with drummer Pete Abbott, bassist Edgar Meyer, guitarist Bo Ramsey, and gospel singer Odessa Settles. Other notable O’Brien recordings like the bluegrass Dylan covers of “Red On Blonde” and the Celtic-Appalachian fusion of “The Crossing” led to Grammy winning CD’s “Fiddler’s Green” (2005) and “The Earls of Leicester” (2014). 2017’s Where the River Meets the Road paid tribute to the music of his native West Virginia. Tim O’Brien performs in a duet setting with his partner Jan Fabricius on harmony vocals. Featuring his solid guitar, fiddle, and mandolin, the shows cover a range of original compositions and traditional arrangements mixed with stories and Tim’s self-deprecating humor.

More From The Levee is the 18th album from iconic bluesman Chris Smither. Deemed one of the absolute best singer songwriters in the world (Associated Press), the album is a brilliant continuation of Smithers 50 year retrospective album, Still On The Levee(2014). Reconnecting with his roots, Smither recorded the career spanning double album in New Orleans at the fabled Music Shed. What resulted were 24 fresh reimagined takes from Smithers vast career with help from some very special guests including the legendary Allen Toussaint and Loudon Wainwright III. With his fingers as supple as his voice, Smither effortlessly delivered the other half of his signature sound on Still on the Levee: the back porch feel of intricate acoustic blues picking accompanied by his own boot heel on wood rhythms. More From The Levee contains ten of these extra gems including fan favorites Drive You Home Again, Caveman, and a brand new Smither original titled What I Do. Fans from around the world continue to fill concert venue after concert venue eager for the galvanizing ride of a Chris Smither concert. Reviewers including the Associated Press, NPR, MOJO, and The New York Times agree that Chris remains a significant songwriter and an electrifying guitarist as he draws deeply from folk and blues, modern poets and philosophers. More From The Levee continues to showcase Chris Smithers extraordinary effect; that strength compounds strength, leaving the listener feeling touched by grace, or an almost otherworldly wisdom.