The Monkees celebrated by Micky Dolenz 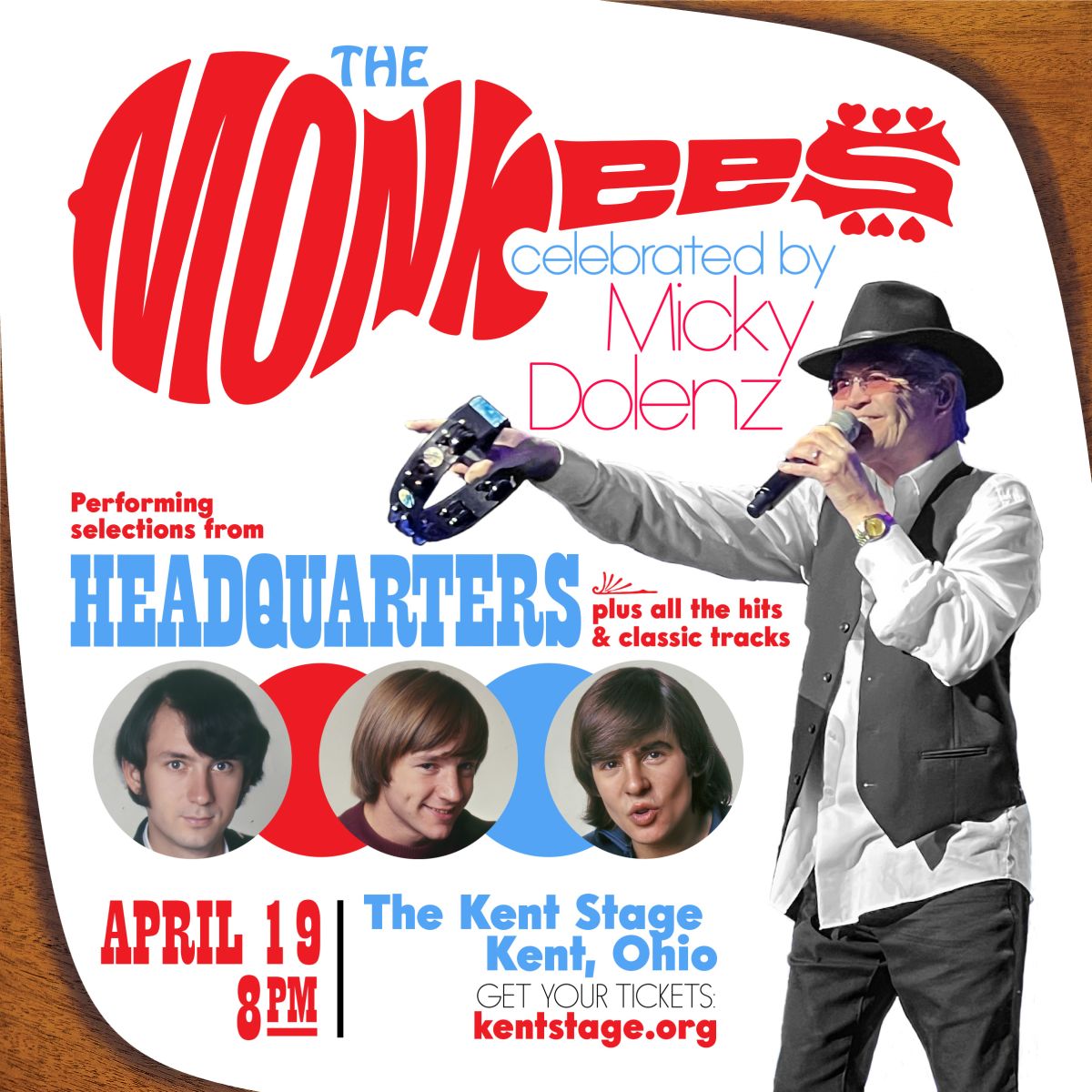 The Monkees - Micky Dolenz was born in Los Angeles on March 8, 1945. Both of his parents had worked in entertainment; his father George starred in a number of films and as the title character in The Count of Monte Cristo (a mid-1950s syndicated television series).

Micky established himself as an entertainer at age ten under the stage name of “Mickey Braddock,” starring in commercials and his first TV series, Circus Boy (which aired on NBC and then ABC from 1956-1958). In his early teens, Micky guest-starred on a number of television shows including Peyton Place. At every step, Dolenz pursued an interest in singing and playing guitar. He began touring in 1957 to promote his television work and would often sing at state fairs and parades as a part of his duties. During his late teens, he recorded and performed with such combos as Micky & The 1-Knighters and the Missing Links.

In the fall of 1965, Micky was one of 400 applicants who responded to a trade ad that announced auditions for a new TV show about a rock band. He auditioned for The Monkees TV show by playing and singing Chuck Berry’s legendary rocker “Johnny B. Goode,” and wound up chosen for the show along with three other actor/musicians: Davy Jones, Michael Nesmith, and Peter Tork.

The Monkees’ debut single, “Last Train to Clarksville,” featuring Micky on lead vocals, hit the charts on September 10, 1966 and rocketed swiftly to #1. Two days later, The Monkees series debuted on NBC to immediate success. For two seasons, the program captured the minds of young people around the world and in 1967 garnered two Emmy awards for “Outstanding Comedy Series” and “Outstanding Directorial Achievement in Comedy.”

Micky and his fellow “TV bandmates” actually went on to become a real live rock band that first toured North America from late December 1966 to May 1967, and then began a US/UK summer 1967 tour that featured (at Micky’s invite, following the Monterey Pop Festival) none other than guitar legend Jimi Hendrix as the opening act for the first few dates. It was around this time that Micky also acquired one of the first Moog synthesizers, which he played on the Monkees’ fourth #1 album (Pisces, Aquarius, Capricorn & Jones, Ltd.), predating use of the instrument on a recording by any popular music artist.

Ultimately, the Monkees achieved their greatest success not as a TV show but as viable recording artists, selling in excess of 65 million units and achieving worldwide success. Their first four albums—The Monkees (1966); More of The Monkees (1967); Headquarters (1967); and Pisces, Aquarius, Capricorn, & Jones, Ltd. (1967)—all reached the number-one position on the charts and launched three number-one singles: “Last Train to Clarksville,” “I’m a Believer” (both with lead vocals by Micky), and “Daydream Believer.” In all, the group scored fourteen Hot 100 albums and a dozen Top 40 hit singles.

VIP M&G package available – It includes: one of the best seats in the house, post-show M&G, exclusive signed and numbered Monkees photo print, and VIP laminate.