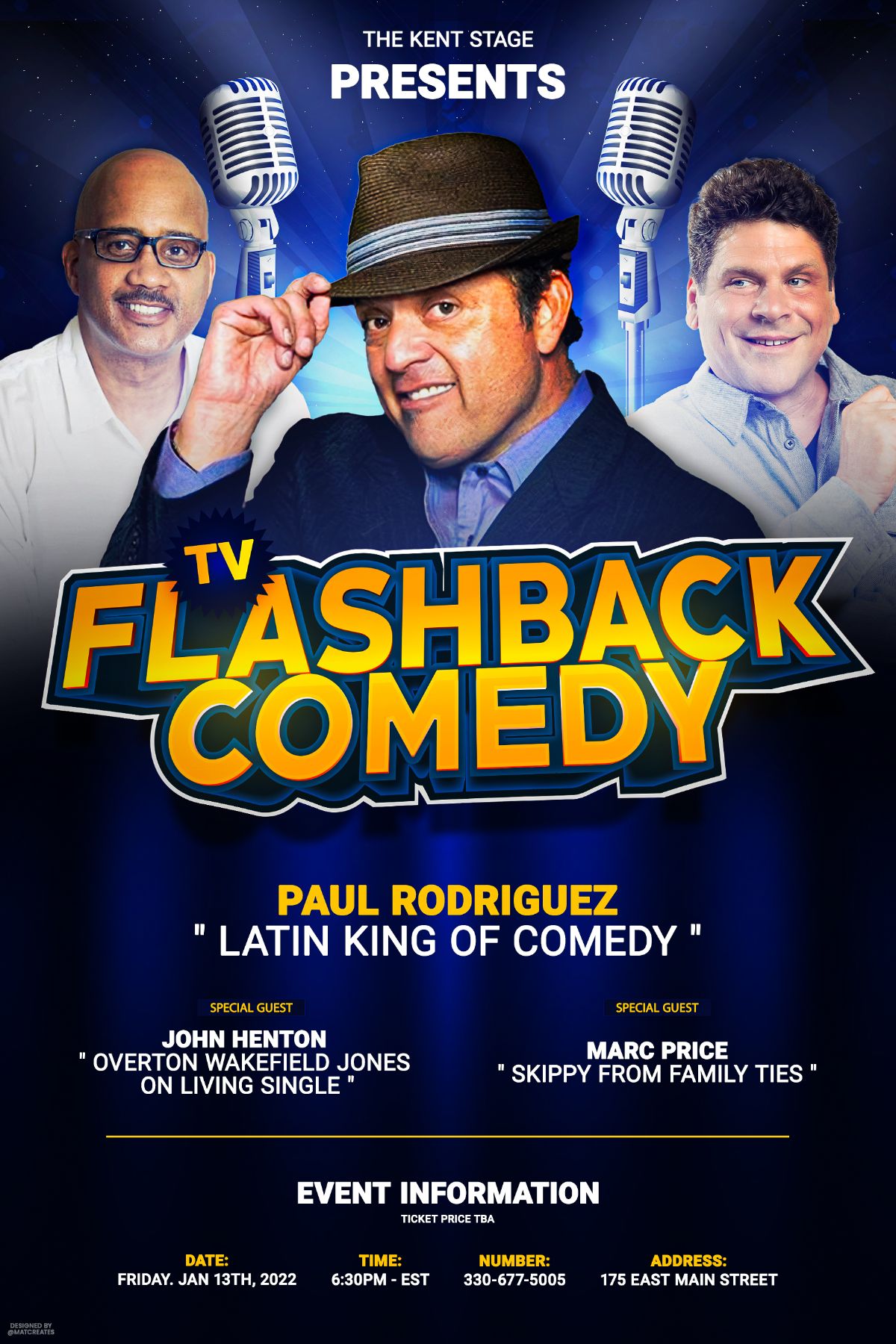 Comedian Paul Rodriguez teams up with TKS Productions for Back to Back January Nights in Ohio! Rodriguez will begin his Ohio trip with The Kent Stage in Kent, Ohio on Friday, January 13th! Then will travel slighty north to Lorain, Ohio for a night of stand-up at The Lorain Palace Theatre on January 14th! While Paul is widely know for his production and appearance in the 2002 comedy film special The Original Latin Kings of Comedy, the actor has made a name for himself in TV & Film as well. First with a TV role in 1984 with a.k.a Pablo, the ABC sitcom. Then Rodriguez would try his hand in hosting, replacing Bob Eubanks as host of The Newlywed Game for a season. As well as films such as The Whoopee Boys, Clint Eastwood’s Blood Work, D.C. Cab, Born in East L.A., Tortilla Soup, Rat Race, and Ali, and has also performed voiceover roles for King of the Hill, Dora the Explorer, and Beverly Hills Chihuahua. Tickets available beginning Friday, November 18th at 10 A.M. EST at kentstage.org