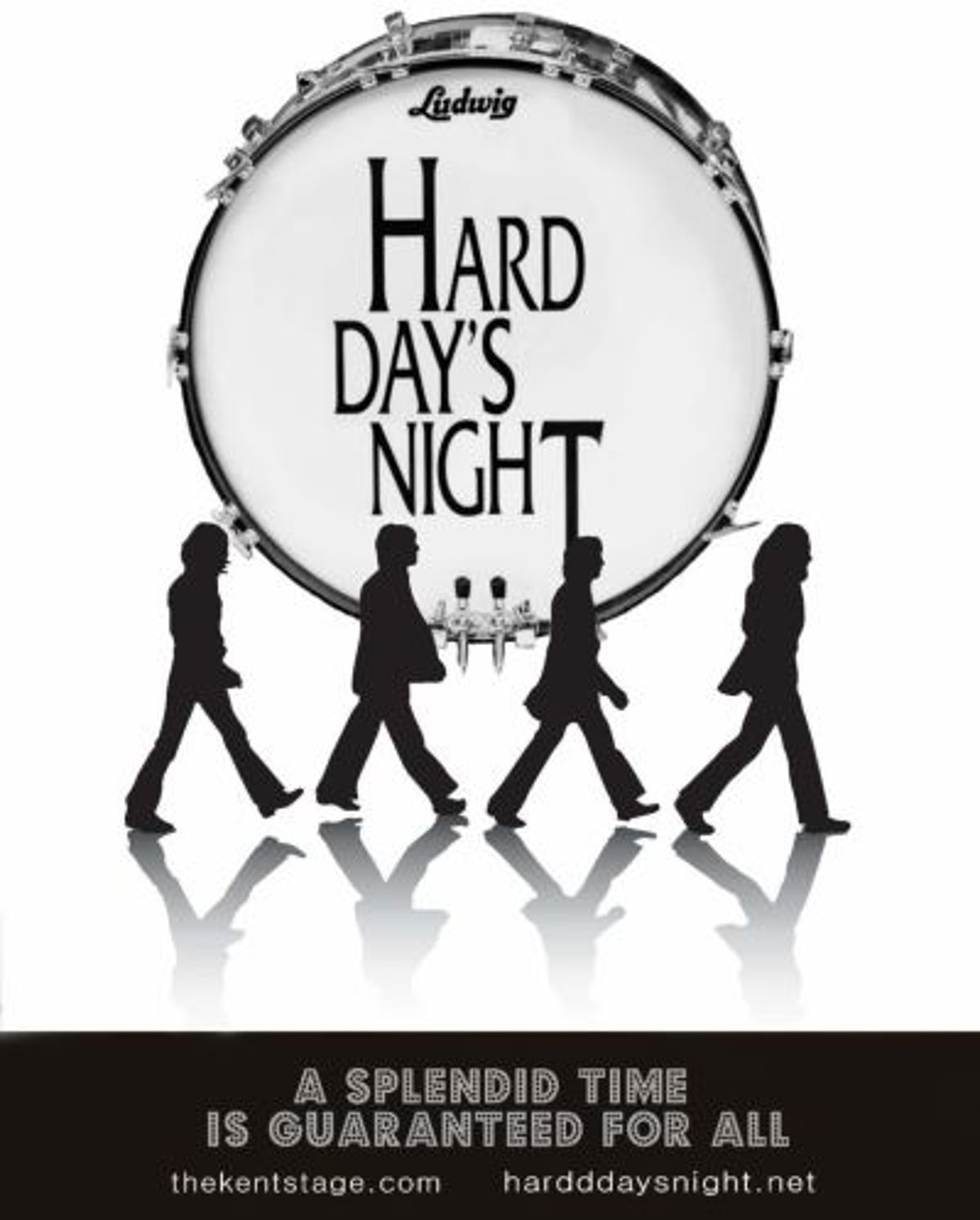 Since 1996, Hard Day’s Night has been entertaining Fab Four fans across the country. Hailing from the Cleveland, the band is rated among the top national Beatles tribute groups performing today. Hard Day’s Night performs favorites from the entire Beatles catalog, complete with period instruments (including sitar) and several costume changes. The group appeared by invitation at Liverpool’s famous Cavern Club at part of International Beatle Week, and they have performed with Peter Noone & Herman’s Hermits, Billy J. Kramer, Badfinger’s Joey Molland, and former Beatle drummer Pete Best.

“February is a big month for Beatle anniversaries – including their arrival in the U.S., the Ed Sullivan Show performance, and their first concert in America,” said Hard Day’s Night founder Frank Muratore, who plays Paul McCartney in the show. “Playing at The Kent Stage in February has become an annual tradition for us, and we look forward to seeing our fans at this great venue.”