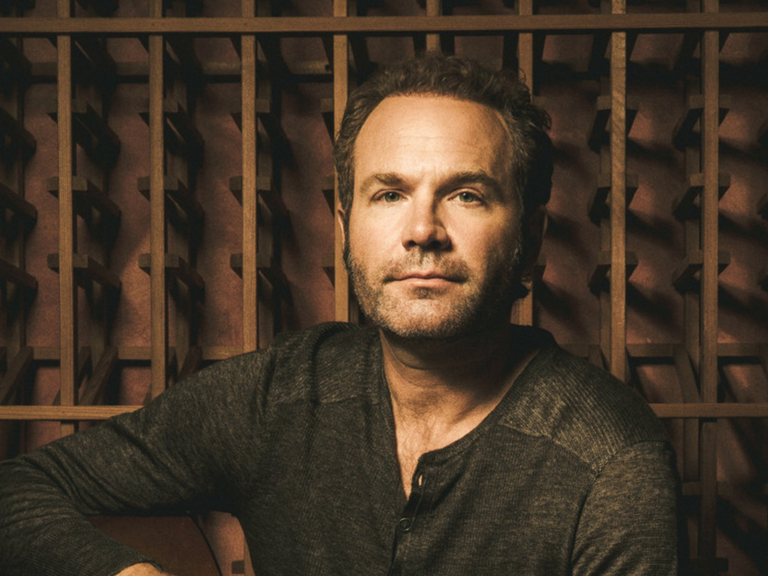 Buy Tickets
Wednesday, September 22
Show: | 8pm // Doors: | 8pm
$37 to $47
The Kent Stage
We continue to follow CDC and State of Ohio guidelines set forth to combat Covid-19, along with our own policies/practices including hand sanitizer stations throughout the venue, completely touch-less restrooms, and a temperature check before admission


Singer-songwriter John Ondrasik has spent the past decade writing deeply personal songs that include social messages, invoke the human spirit and make an emotional connection. With the past six albums by Five For Fighting, the hockey moniker stage name under which he performs, Ondrasik has seen multitudes of successes. Five For Fighting’s breakthrough came in 2001 with the Grammy-nominated song “Superman,” and John’s performance at The Concert For New York.

Ondrasik proceeded to become part of the American songbook with the iconic hit “100 Years,” “World,” “The Riddle,” “Chances,” and “What If.” John’s music has been featured in over 350 films, TV shows, and advertisements ranging from The Blind Side to The Sopranos. In 2018 John was the musical voice for the CBS hit show Code Black.

John has also been deeply involved in supporting our troops. From USO tours, supporting several Veteran oriented charities, and distributing over a million “CD for the Troops” to servicemen and their families around the world.

Ondrasik is currently working on a Broadway musical, various television projects, and a new Five For Fighting album while giving keynotes across the country to corporations and various organizations. Vladimir John Ondrasik III (born January 7, 1965), known by his stage name Five for Fighting, is an American singer, songwriter and record producer. He is best known for his piano-based rock, such as the top 40 hits, "Superman (It's Not Easy)" (2001), "100 Years" (2003) and "The Riddle" (2006). Ondrasik was born in Los Angeles, a child of a musical family. In his early years, he learned the piano; and, in his teens, he learned to play the guitar and started to write music. While he also learned to sing opera briefly, he soon decided that he would like to be a singer and songwriter. Ondrasik graduated from UCLA with a degree in applied science and mathematics. While in college, Ondrasik continued to pursue music in his spare time. He adopted the name "Five for Fighting", an ice hockey term that means a five-minute major penalty for participating in a fight. Ondrasik is a lifelong fan of the National Hockey League's Los Angeles Kings. Musical career Ondrasik's first album, Message for Albert, was released by EMI in 1997. Capitol Records then re-released this album after the success of America Town. Aware Records' Mark Cunningham made initial contact with Ondrasik. Cunningham then passed Ondrasik's demos to the label's new A&R Steve Smith. After a discussion with Aware head Gregg Latterman, Smith met with Ondrasik and set up a deal in partnership with Columbia Records. His second album, America Town, was released on September 26, 2000. The track "Superman (It's Not Easy)" was a commercial success, reaching number 14 on the Billboard Hot 100 chart. The song became an anthem after the September 11 attacks and Ondrasik performed the song at The Concert for New York City in late 2001. While America Town did not reach the top 50 of the Billboard 200 chart, the album eventually was certified Platinum. His third album, The Battle for Everything, debuted at number 20 on “Billboard 200 chart in February 2004. It included the single "100 Years", which reached number one on the Billboard Adult Contemporary chart and stayed at number one for 12 non-consecutive weeks. The Battle for Everything was certified Platinum by the RIAA. Two years later, the album Two Lights was released; this became his first career top 10 album, debuting at number eight on the Billboard 200 chart in August 2006. Its first single, "The Riddle", became Ondrasik's third career top 40 hit on the Billboard Hot 100 chart, peaking at number 40. It reached number three on AC charts and number seven on Hot AC charts. The second single, "World", reached number 14 on Hot AC charts and the music video has been used to raise funds for various charities and as a theme for NASA's International Space Station (see Philanthropy below). His fifth studio album, titled Slice, was released on October 13, 2009, and appeared on the iTunes top 10 albums on the first day. The album was produced by Gregg Wattenberg ("Superman," "100 Years"). Academy Award-winning composer Stephen Schwartz, who penned the songs for musicals such as Wicked, Godspell and Pippin, co-wrote the title track, as well as the track "Above the Timberline." On July 21, 2009, the first single from Slice, called "Chances", was released for digital download. "Chances" was featured at the end title of the hit movie The Blind Side. "Chances" reached number 11 on the Hot AC radio chart. On May 27, 2010, Ondrasik announced that he had left Columbia Records and his album Slice would be re-released on Wind-up Records along with the song "Slice" being released as a single in July 2010. On February 20, 2011, Five for Fighting performed at the 2011 NHL Heritage Classic in Calgary, with the Calgary Flames facing off against the Montreal Canadiens. Ondrasik was named a top five AC and a top 10 Hot AC artist for the 2000s. He has twice collaborated with Sandra Boynton, recording a song each for her Dog Train book and CD in 2005, and her Blue Moo album in 2007. With over 2.5 million albums sold and America Town and The Battle for Everything, both achieving Platinum status, Ondrasik continues to write and perform, and writing and co-writing music for other artists, including the Backstreet Boys and Josh Groban. He has also contributed to movie soundtracks such as August Rush, We Were Soldiers, Chicken Little, and Everyone's Hero, and in 2008, Ondrasik wrote and recorded the song "Brothers in Arms" for the award-winning documentary film Brothers at War. Ondrasik wrote and recorded the original song "All for One" for the one hundredth episode of the television series Hawaii Five-0. The song was released as a single on November 7, 2014, the same date the episode aired. His song "100 Years" was featured in the final scene of the final episode of the TV series JAG. On September 12, 2016, Five for Fighting released the single "Born to Win." The song debuted during the opening montage of the season eight finale of American Ninja Warrior. Five for Fighting performed as part of the Lincoln Center Series, American Songbook, in February 2017. They also performed their song "All for One" at the National Memorial Day Concert on the steps of the Capitol in 2017. Ondrasik is the featured artist in season three of the CBS drama Code Black. Contributing his take on Gary Go's "Open Arms" in episode one. He also appears on screen performing the song. His song "Superman (It's Not Easy)" performed by Briana Lee was featured in the season three finale. In 2018, Ondrasik recorded a song entitled "The Song of Innocents" for the end credits of the film Gosnell: The Trial of America's Biggest Serial Killer.