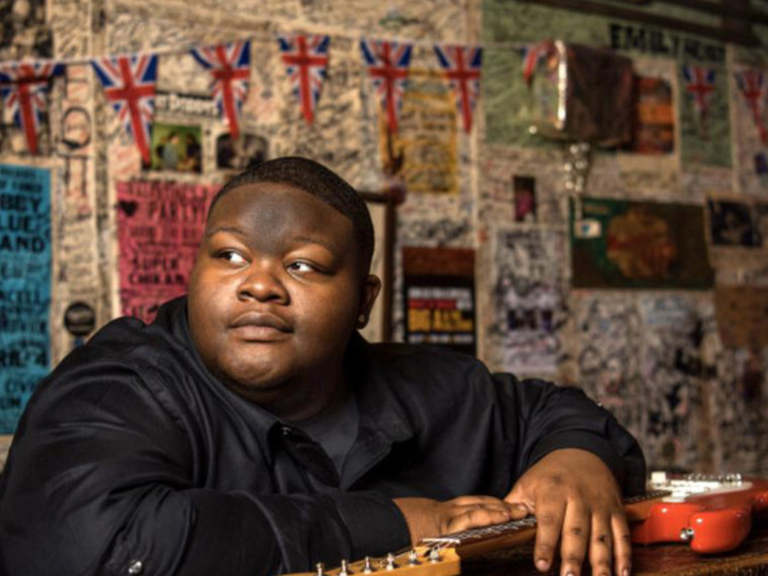 Sold Out
Wednesday, August 11
Show: | 8pm // Doors: | 8pm
The Kent Stage
Christone "Kingfish" Ingram's love of music grew from the rich Gospel sounds emanating from his family's church and the Blues music he regularly heard played in his Delta neighborhood. A cousin to legendary Country music great, Charlie Pride and trained at the Delta Blues Museum under the tutelage of Daddy Rich and Bill Howl-N-Madd Perry, Kingfish undoubtedly has music in his soul. At the tender age of 6, Kingfish began playing the drums. Three years later, he took up the bass guitar. By the age of 13, he began playing lead guitar. Soon he was fluent in all three instruments and quickly added smooth vocals to his musical repertoire. Kingfish's guitar influences run the gamut from the Delta Blues of Robert Johnson, Elmore James, Muddy Waters, and Lightnin' Hopkins to the electric Blues of B.B. King, Big Jack Johnson, Lefty Dizz, Albert King and Buddy Guy to the Rock of Jimi Hendrix, Prince and Eddie Hazel. Not only can Kingfish play in the styling of his idols and mentors, but he also has an amazing ability to create guitar sounds entirely his own. Through his young career, Kingfish has shared the stage with legendary names such as Bob Margolin, Eric Gales, Rick Derringer, Guitar Shorty, Buddy Guy and many more. He has played music festivals and venues all over the U.S. and has performed internationally in several countries. He's been a guest on the Rachael Ray Show and the Steve Harvey Show. Kingfish even performed at The White House for First Lady Michelle Obama. After graduating high school in May 2017, Kingfish is now prepared to release his highly anticipated debut album in early 2018. Awards: The 2015 Artie "Blues Boy" White Youth Scholarship Award The 2015 Jus' Blues "IN HONOR OF B.B. KING" King of The Blues Award The 2015 Robert Johnson Rising Star Award presented by The R&B Hall of Fame The 2015 Muddy's "Performance of The Year" Award at The Safeway Waterfront Blues Festival 2015 Sean Costello Rising Star Award Nominee The 2016 Young Blues Generation Award presented by The Bellinzona Blues Sessions Festival The 2016 Rising Star Award presented by The 3rd Annual New Blues Festival