An Evening with Hot Tuna 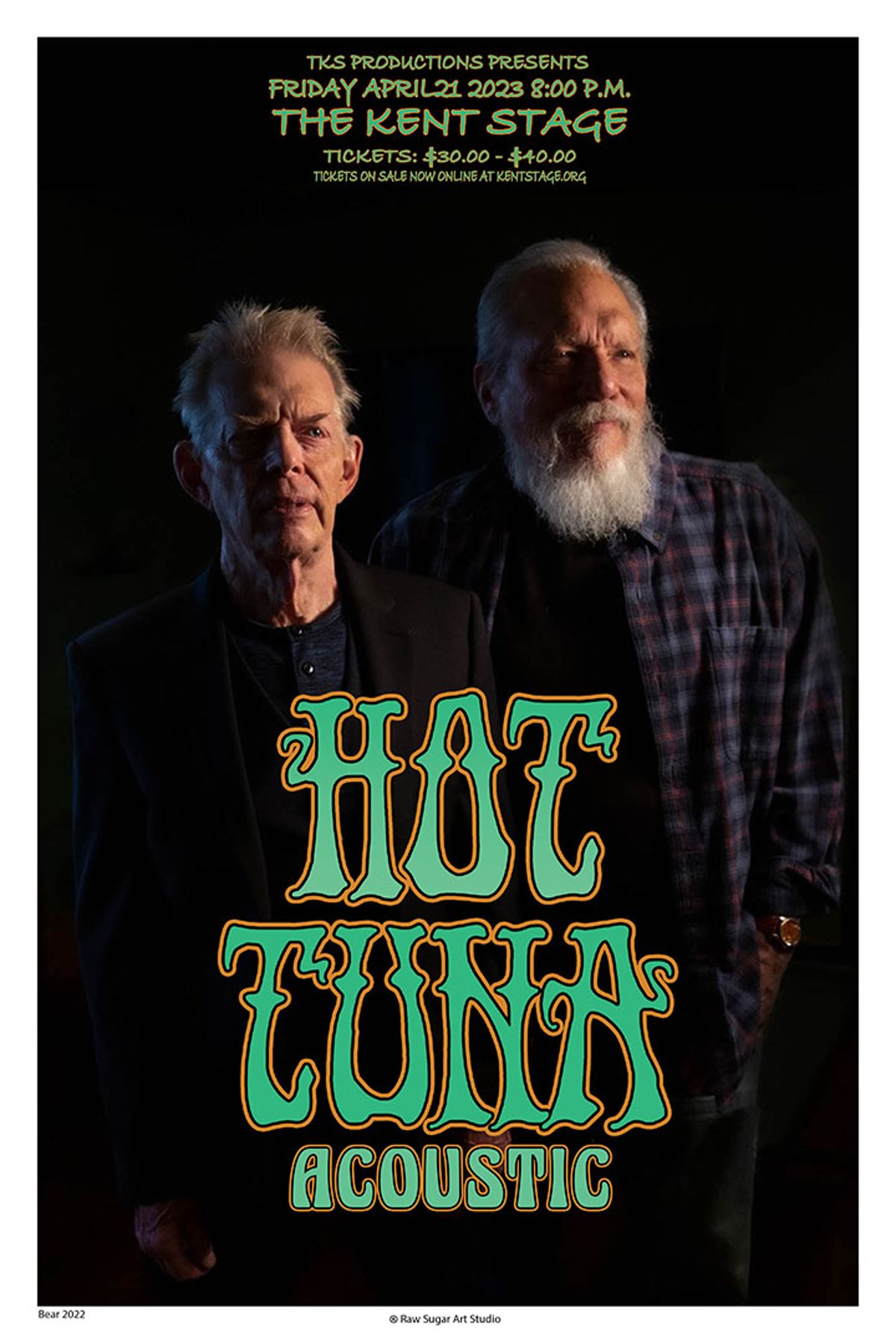 Jack Casady and Jorma Kaukonen, formerly of Jefferson Airplane unite as HOT TUNA! The Kent Stage is very happy to host Hot Tuna “Acoustic Duo” Live at The Kent Stage on Friday, April 21st in 2023! Tickets go on sale Friday, November 11th at 10 A.M. EST at our website kentstage.org! Come see the emotion invoking performances that are often describe as “Masterful” and “Cutting Edge”!
The name Hot Tuna invokes as many different moods and reactions as there are Hot Tuna fans — millions of them. To some, Hot Tuna is a reminder of some wild and happy times. To others, that name will forever be linked to their own discovery of the power and depth of American blues and roots music. To newer fans, Hot Tuna is a tight, masterful duo that is on the cutting edge of great music.

All of those things are correct, and more!

For more than four decades, Hot Tuna has played, toured, and recorded some of the best and most memorable acoustic and electric music ever. And Hot Tuna is still going strong – some would say stronger than ever!